Early on in this noble sound arts path I was fortunate to work on Danzig's self-titled debut album. They did a week of overdubs at Platinum Island with engineer Steve Ett and producer Rick Rubin. Rubin had recently parted ways with Def Jam partner Russell Simmons to form Def American Recordings. Danzig was the first release on the new label.

Steve Ett was a bit of a legend for having masterminded the original Run DMC recordings which brought rap music to a much wider audience. He was basically Def Jam's house engineer in the beginning. Steve was easy-going and pleasant to work with.

Glenn Danzig and guitarist John Christ were the musicians for these sessions. Danzig brought in some black magic looking occult paraphanalia to create an atmosphere. I remember a skull of some sort and a picture of an inverted pentagram on their posters. I regarded them as theatrical props and didn't take them too seriously. Never did hear or see anything to indicate that anyone with Danzig possessed more than a superficial knowledge of the occult.

The point was driven home when I showed up for a session wearing a t-shirt with a 5 pointed star, a pentagram. Glenn said that my shirt was upside down - meaning it should have been an inverted pentagram. 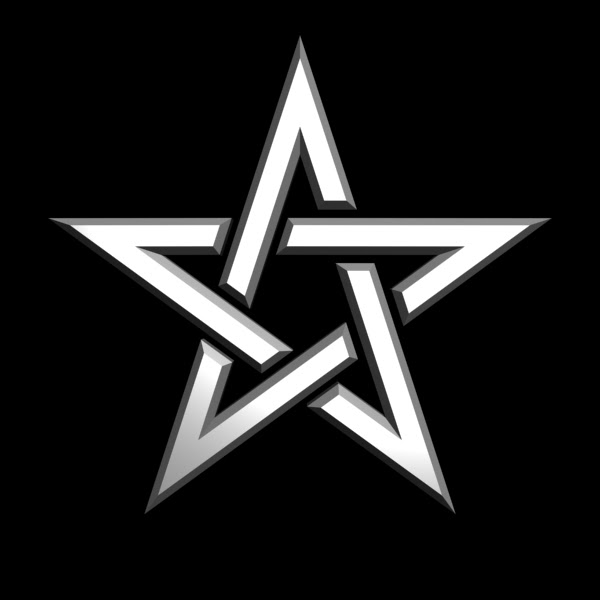 The studio's outboard rack had a pair of Lexicon PCM 42 digital delays which display bright red LED numerical readouts. Danzig set both of them to read 666.

666 can be a scary number for anyone heavily invested in Christian apocalyptic mythology as it's the number of the Beast, the Anti-Christ. A qabalist might say that it's merely the triple expression of the number 6, the number of the Sun. So I wasn't worried. After all, John Christ was there and he didn't appear to fragment apart or spontaneously combust. Actually, he played great.

You'd think the Anti-Christ would affect all Christ's, not just the famous one they put on a cross.

I really enjoyed Danzig's music and working with them. Rick Rubin gave them some excellent direction communicating his feeling for simple and clean, basic, bluesy hard rock. The album has a great version of The Hunter which most people recognize from Zeppelin's first record. The song Mother also did very well. I kept a copy of the rough mixes and listened from time to time. Still haven't heard the finished version yet.

During the week of Danzig sessions, I never caught a feeling of a weird black magic vibe.

The next day, however, I was tracking another artist to a Studer A80 2" multi-track recorder. I was operating the remote control. We had just reached the end of a song after numerous punch-ins on a pair of tracks, when the logic of the remote control went haywire. On its own, it went into rewind, went back to the memory location at the start of the song and went into record, effectively trying to erase what we'd just tracked. It wouldn't respond when I pressed the STOP button, so I immediately powered down the remote and manually stopped the A80 thereby saving the tracks.

Sometimes the Studer remote would reset and work again after powering down, but this time it had to be repaired by a maintenance technician.

Who knows if the Danzig atmosphere contributed to the chaos? To my knowledge, it was the only time this problem occurred during my 3 year tenure at Platinum Island.
Posted by Oz Fritz at 1:33 PM