Financing the Production of Music

How to do it?  Record company budgets for developing new artists are virtually nonexistent compared to 25 years ago before the internet changed the way music reproduction gets monetized.  Prior to that, a certain percentage of profits got fed back into the music making machine. This allowed the process to continue as well as providing funds for new artist development.  The profits from one hugely successful group could finance a whole roster of less commercial, but aesthetically brilliant artists.  That all changed with the advent of free, downloadable music files.  The previous model may have been far from ideal - the nature of Capitalism exploits and dupes the unaware - but at least it sustained an economy of music with enough leeway to finance more adventurous, esoteric, and experimental projects.

We live in challenging times.  There appears far less optimism in the world for a progressively greater humanity now then in the 60's and 70's when it seemed that anything was possible.  Music with the intention of causing change to occur, either in self or in the world, was prevalent back then.  The Grateful Dead passionately sang to Turn On Your Love Light while Led Zeppelin suggested building a Stairway To Heaven in their ode to "becoming-woman" - the first shamanic step away from Maya, Samsara, or World Illusion.  Songs could change your life, and they did.  The right song heard at the the right time becomes extremely potent magick - causes change to occur.  Not so much now in the mainstream where music panders to the lowest common denominator.  Yet, this isn't a call for nostalgia. Outside the mainstream, a diverse sub-culture of talented musicians are able to make music that catalyzes change of all different kinds. The current problem is to adequately supply them with the resources so they can do that.

Many people seek a political solution to world problems, or lament that one appears unlikely.  I stand with Shelley, Nietszche, Deleuze, John Lennon and a host of others (a veritable Communion of Saints, Radicals and Miscreants) in acknowledging that Music, Poetry and the Arts in general can make a significant and affirmative difference in the world. We propose an experiment to test this hypothesis that Music and Magick can make both an immediate and long-term difference in the World.

Last year I was fortunate to meet Sarah Nutting and Karisha Longaker of Ma Muse when  they toured Ancient Wave Studio.  I didn't know of them until then.  I heard Sarah's voice from the other room before I met her and instantly recognized that sound as something very familiar.  Reflexive skepticism inherited from my scientist father instantly dismissed any significance.  After getting the lowdown on Ancient Wave from owner Saul Rayo, they presented the studio with their latest cd, Heart Nouveau.  I saw Ma Muse written on the cover and a light turned on as I finally understood their name.  I told them that I got what they were trying to do with their music, though that may have been more of a prognostication than actually true at that point.  I meant that I get their invocational work.

Sarah is recording a solo album and I'm helping with the production.  A crowd funding campaign has been initiated to finance this project: Wild Belonging: A Song Pilgrimage.  As I write this, there are 30 days left in the campaign with 25% of the goal raised, so far.  The pilgrimage is literal; it's a 3 week, 200 mile walk in Southern California from Mono Lake to Los Angeles, for the general purpose, as I understand it, of healing the environment through prayers and actions in support of Water. 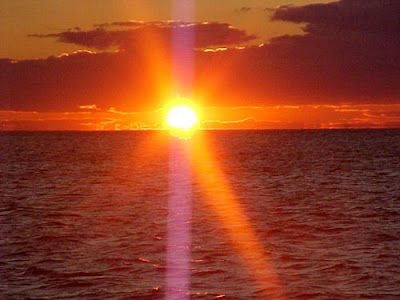 The songs on Wild Belonging connect with the spirit and intent of the Walking Water pilgrimage.

Here's a preview from the new album, a live version of Little Baby:


I first heard about the Walking Water project last fall at a Ma Muse concert in Occidental, California. I drove to the coast basically to see if they were for real or not.  I've worked with bands who display all kinds of occult signs without a clue they're putting their fingers in the socket.  The show started with percussionist Mike Wolfchuck giving a brief talk on the Walking Water movement connecting it to the recent rain bringing relief to the worst drought in recorded California history.  He noted that many efforts were being made by healers, ritualists, and other like-minded spiritual activists (including yours truly) for an abundant economy of water.  Indicating the rain periodically pouring from the sky that night, Wolfchuck pointed out that it seems to be working.

No matter how much success experienced in the past with magic, I still get wonderfully astonished  whenever it works.  The amount of skepticism regarding the efficacy of magic seems inversely proportional to the quantity and quality of experiments made.  Speaking of transcendental empiricism, I experienced an extremely delicate, fragile, vulnerable, and celebratory space, at the Ma Muse concert, a very high feminine chamber as the name suggests.  I thought, if only you could transplant the peace and undercurrent of joy in this space to Iraq, Syria or the whole World.

John Lilly mentions in Center of the Cyclone that his father told him at one point that if he wanted to be a serious scientific researcher, he'd have to learn how to ask for money to fund it.  This crowd funding campaign supports my ongoing research into the Aesthetic Arts and their influence on the general condition.  None of this money raised goes to me, it all goes toward supporting the record production - studio and musician fees, cd production etc., and to covering the expenses for the walking water trek through the desert.

And for a final proof of concept, I give you this video, Just Fine.  It's a simple folk song remedy for shedding your worries.  For further proof, do a You Tube search for Ma Muse, Calling All Angels at California World Fest 2010.  Anyone in the field will recognize this as powerfully invocational.  I've used it for lift off repeatedly.

An African girl and the North Sea

Exactly a year ago today a young girl, Jessica Phiri on vacation from Zambia, tragically died off the coast of Holland.  My friend, Ruud Houweling, a longtime resident of the resort town where the family was staying, wrote Night Falls On The Town to mark the mood and atmosphere of the the three days that Rescue Crews searched the Sea in vain.  Ruud's story of the song's genesis is here.

We recorded Night Falls On The Town and the other songs that make up Houweling's forthcoming album release, Erasing Mountains, at E-Sound Studio in a suburb of Amsterdam and mixed it at Prairie Sun.  It's an ambitious artistic endeavor that's been successfully realized, we'll go into that another time.  This one song will give a strong clue of the poignant affectivity of this music.

Interestingly enough, just after we mastered the album, shortly after Ruud returned from California, Jessica's family traveled from Zambia to Zandvoort to attempt more explanation and get a sense of closure with her death.  Together with the German family host Jessica had lived with for a year, and a delegation from the student exchange program, Ruud informed the authorities about the song.  They invited him to be a part of a meeting between the mayor and the families. He hoped that sharing the song would show them the accident had an impact on the local community, as well.  Houweling, being a local veteran windsurfer, was also able to explain to the parents the nature of the rip currents on the Dutch coast.  It was a very special meeting resulting in new friendships.

The video does an outstanding job of visually reinforcing the bardo space Night Falls On The Town evokes.  The story contrasts the carefree life of the tourists against tragic death and what goes in between: