Most of this was written immediately after hearing about the events in Paris.

I am struck at the moment by the curious coincidence of two completely opposite polar expressions, one of freedom, the other of fascism happening on the same day.  We define fascism as anything that imposes a stricture, censorship or limitation on individual expression. "The word of sin is restriction," to quote a famous freedom fighter.  Taking another life or causing injury to another makes for the ultimate act of fascism.  The cowardly attacks on innocent people in the name of some malefic ideology or cause shows how out of control the diseased black hole of fascism has become in recent years.  It's a severe sociopathic disconnect to take innocent lives in justification for some so-called religious viewpoint: a curse upon violent terrorism.

Contrasted with the news of the attacks in Paris is a video of "sacred begging" from Alejandro Jodorowsky to help finish funding his latest film project, Endless Poetry.  It was sent to me earlier today by Yoko Yamabe.  I watched this passionate affirmation of life before resting for a few hours catching up from long hours in the studio this past week.  When I got up I heard the news of the violence in Paris.  The only time I met Jodorowsky was at his apartment in Paris with Bill Laswell and Michael Lemesre.  Paris is a city I love and am deeply influenced by.  The bardo philosopher Gilles Deleuze was born and lived in Paris his whole life after the war.  He pragmatically advocates "lines of flight," often through art and culture outside the fascist rules of any system or authority of control - what he calls "the state". Jodorowsky's film project plea gives a perfect example of what these lines of flight to individual freedom might look like.  My response to the sickness of the recent violence is to highly recommend a viewing of this sacred begging.  Philosopher/magician/hierophant that he is, naturally Jodorowsky communicates on multiple levels transmitting signals far beyond a plea for financing.  For example:

A true piece of art has to change the very spirit of people.  The very soul.  When I go to the theater I should exit a different person.  The movie must give me something, hope, knowledge, a hidden beauty kept inside that I didn't even know was there.  ... We need to make movies that heal, optimistic, joyful, creative marvelous movies.

Again I highly recommend watching the whole video.  It's only six minutes and two seconds long.  At the end you can see Jodorowsky laughing at himself  for the passionate dramatic delivery he just did.

About six weeks ago I wrote: "The amorphous violent war/jihad of terrorism from any kind of ideological fanaticism also declares a war against music."  The attack on music is now as direct and literal as it gets.  We have argued that the will to power of the creative act can effect changes in the world at large starting with rippling strings of quantum entanglement on the sub-molecular scale that eventually surface as alterations of human behavior on the Einsteinian/Newtonian level of everyday reality. Fight fascism with creativity; Endless Poetry.
Posted by Oz Fritz at 6:14 PM 5 comments: 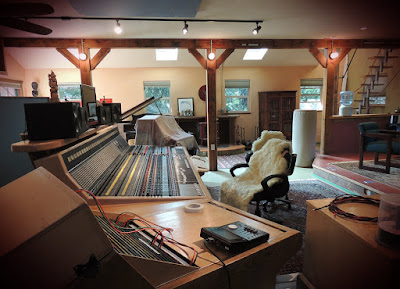