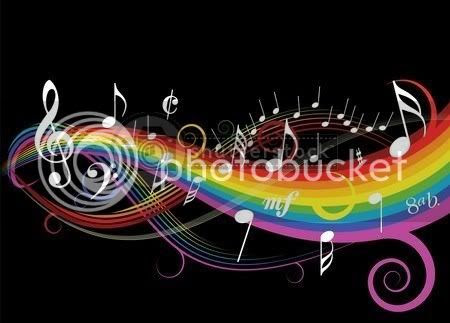 I received this question via facebook the other day:

I know there are a plethora of books and studies to choose from but I am curious if you have any in particular that you would suggest to someone delving deeper into the realms of esotericism/magick/music.

Since school is a waste of time and money for me right now I am trying to continually formulate my own lesson plans.
Any books or directions you could point me in that have had a particularly strong influence on your understanding of music, magick and life?

I commend you for making efforts to formulate your own lesson plans. In the 10th grade, I reached the conclusion that the formal education system was, for me, a waste of time. I effectively dropped out of all classes except for minimal attendance in order to maintain a presence in High School. I felt any real education, at that time, came from the cultural milieu of the friends I knew there.

In my early 20's I got turned on to a book by Robert Anton Wilson called Cosmic Trigger, The Final Secret of the Illuminati. Now it's Volume I of III, back then it was the only one out. Cosmic Trigger is one persons travelogue through the field of contemporary esotericism. It provides excellent introductions to the works of Aleister Crowley, G.I. Gurdjieff, Timothy Leary, John Lily, Buckminster Fuller, Kenneth Grant, Wilhelm Reich, and various others. It also looks at Quantum Physics from a laypersons point of view, Magick, Conspiracy Theory, Psychedelics, General Semantics, Ufology, and Synchronicities, and ties them all in with personally experienced consciousness research and exploration. The only area that now reads as quaint or dated, is the section on longevity and immortality.

Cosmic Trigger had the initial effect of making me realize just how little I knew. For the first time that I could remember, I had a real thirst for knowledge. At the time, I was doing live sound and being a roadie on the Western Canadian bar band circuit. I started checking out all kinds books from the library. The subjects included, geometry, music theory, science, nutrition, philosophy, etc. I formulated my own course curriculum and called it Space-Time University.

You mentioned magick, this seems a good place to start. First of all, magick is very applicable to the process of making music. Ritual magick has two general areas, Invocation, which means to draw down from above, and Evocation, which means to draw out from within. The parallels with music or any creative activity are apparent. But, more importantly, magick, being the esoteric system that Aleister Crowley rehabilitated, has the primary goal of discovering one's real purpose in life and then aligning to it. Crowley called this True Will.

As you say, 'there are a plethora of books and studies to choose from.' Having at least some inkling of one's True Will can help select and forge a course through the vast amount of materials available. Some questions that can help with discovering one's purpose:(1) Who am I? (2) Why am I here? ie why this incarnation on this planet at this time? (3)what interests me the most? (4) what would I do if time and money weren't an obstacle, etc. I don't know if a final answer ever gets reached regarding one's purpose in life, but tentative working answers can be found to help plot a direction.

Before suggesting any books, I'll cut to the chase, and impart some advice I first heard from the good Doctor Leary. He suggested that: If you want to learn anything, hang out with people who are much smarter than you are in your chosen field. I learned more about making music working with Bill Laswell, Tom Waits and some others, than I ever have from a book.

The first book I'd like to recommend is the one I haven't written yet. You'll have to ask me again later.

The High Velocity Sound Engineering Reading List ( which I'm just now making up) includes:
In Search of the Miraculous - P. D. Ouspensky. It has a lot of material on Gurdjieff's notion ( borrowed from Pythagoras and others) of how the harmonic structure of the octave can be applied to any creation process and also what thwarts the creative process. Introduces the idea that the brain and nervous system function, in one respect, as a mechanical but programmable machine. Much else of value.

The Human Biological Machine as a Transformational Apparatus - E. J. Gold. The human brain and nervous system of the producer(s) and engineer(s) seems the most critical piece of equipment in the recording studio, or anywhere for that matter. Developing one's presence and attention will greatly increase the likelihood of real music being created.

As far as magick goes:

Magick, Book Four, Liber ABA - Aleister Crowley's system of magic. The theorems are from the introduction to part 3, Magick in Theory and Practice.

The Book of Lies - Aleister Crowley. Multi-leveled koan-like poetry and commentary to get outside one's mind.

I also recommend finding and maintaining a yoga or martial arts type of practice.

I hope this answers your question. If everything, or most everything is already familiar to you and you were looking for something further, let me know.
Posted by Oz Fritz at 11:32 AM