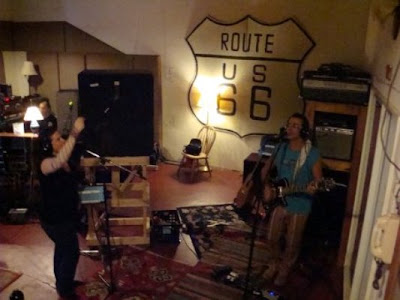 Had the pleasure of working with a great up and coming new band called BABY SEAL CLUB this past weekend at Prairie Sun. Their music draws upon an eclectic array of influences including Frank Zappa, the energy of aesthetic punk bands like the B52's or the Talking Heads, and their own sense of highly devolved quirkiness. I'm told their live shows are very theatrical due in large part to their surrealistic, neo-psychedelic costumes, and a serious commitment to whimsical fun and good humor.

Baby Seal Club won the 2009 North Bay Music Award for best indie band. With their new cd in production, it won't be long before the entire known Universe, and even parts of the Unknown Universe tunes in and turns on to their adventurous sound.
Posted by Oz Fritz at 12:37 PM