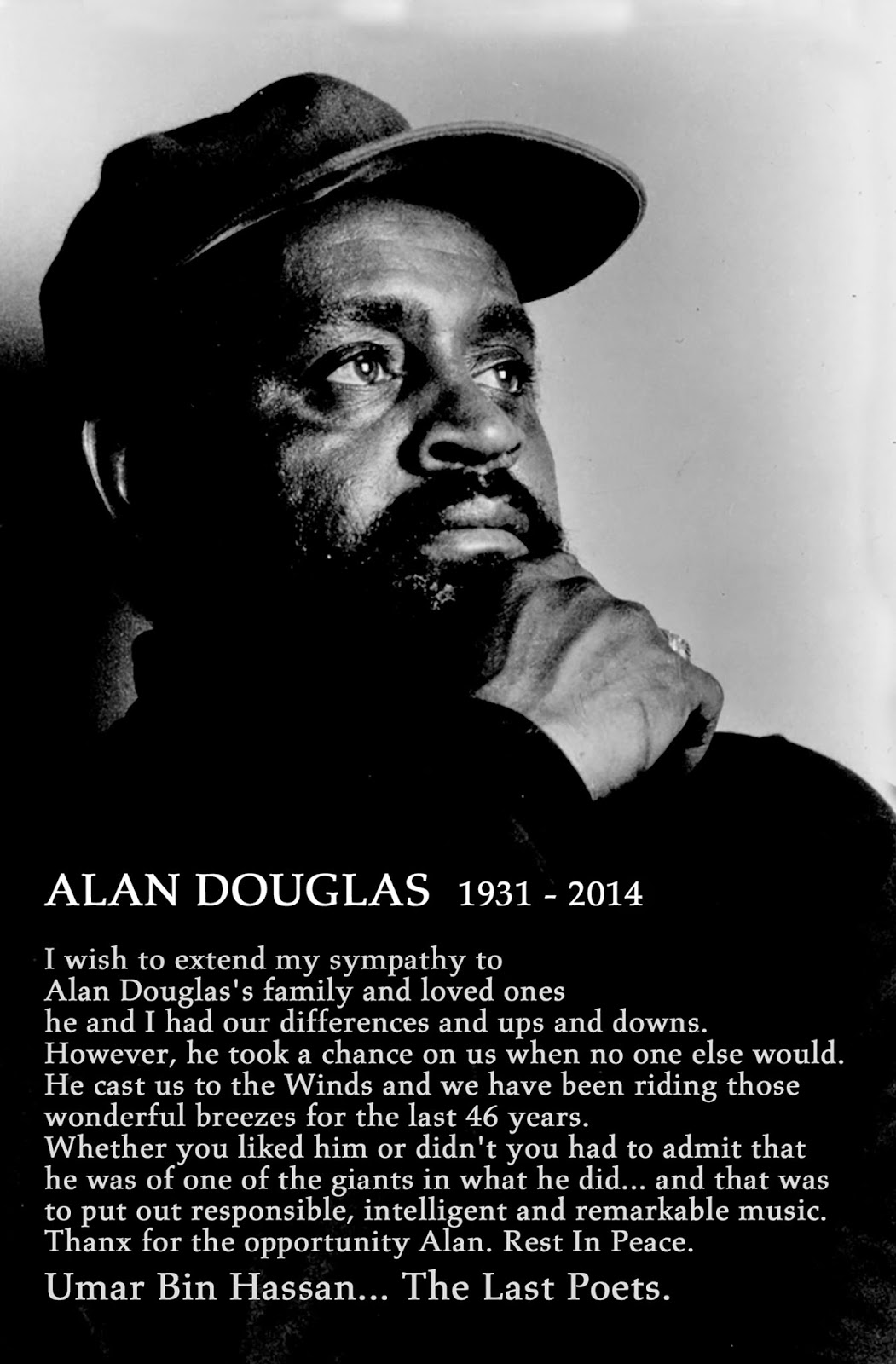 Here's an excerpt from an interview with Douglas about finding and working with the Last Poets.  The interview is by Michael Davis and appeared in BAM magazine in 1995.  The full interview is here.