Top of the World

Floating in the tank on the eve of departure to Africa contemplating death. The subject came up for me as a result of listening to Led Zeppelin IV the evening before.

I highly recommend listening to this album both to students of sound engineering and to students of Aleister Crowley's system of transformation. Listen to it with headphones. Jimmy Page's production techniques were groundbreaking, a big influence on yours truly, and a big reason why Led Zeppelin became so popular. His invocation techniques appear equally uplifting and effective.

The cause for considering the increased possibility of death ( my paranoia, if you will) was a line from Going to California:

Took my chances on a big jet plane.
Never let them tell you that it's all the same...

I could no longer take flying for granted, it did feel like taking a chance especially since I wasn't just going to Mali. Once in Mali, I had another series of flights to get to Addis Ababa, Ethiopia and back. I had even less confidence in the African airlines booked to take me across that expansive continent. All the recent unrest in the area was just beginning.

When death feels closer, it seems possible to get more of a taste of it. That is to say, to get more of a sense and feeling for what might occur when it actually happens as it inevitably will. Several world mythologies and belief systems describe some sort of afterlife that the soul or being, one's essential nature ( called a voyager in modern terminology) goes to or through when it separates from the body at the moment death. The Tibetan and Egyptian mythologies map out the voyager's journey in great detail. Not in the sense of knowing exactly what will happen, but in the sense of describing the territory along the way.

Preparing for death, known in Sufi terms as "waking up," also known as bardo training, can take many forms and approaches but they all end up giving a taste of death one way or another. Paradoxically enough, when it works, you feel vitally alive.

What exactly do I mean by a taste of death? Hard to put in words but I think this poetic description from Timothy Leary's, Richard Alpert's, and Ralph Metzner's Book of the Dead manual gives some idea:

O friend, remember:
When body and mind separate,
you experience a glimpse of the pure truth -
Subtle, sparkling, bright,
Dazzling, glorious, and radiantly awesome,
In appearance like a mirage moving across a landscape in springtime.
One continuous stream of vibrations.
Be not daunted thereby, Nor terrified, nor awed.
That is the radiance of your own true nature.
Recognize it.

Their book and other Books of the Dead elaborate a great deal further.

Going on a major trip always seems like a kind of death to me whether concerned about plane flights or not. The act of traveling, especially flying, seems to bring about a subtler type of body/mind separation. This partially explains jet lag. In other words, the sensations, feelings, and perceptions of voyaging through the bardo can get more easily accessed by traveling around Earth.

A perfect storm of events had conspired to make it so that I had less than an hour to pack. When it's time to go, it's time to go. I was on a red eye flight to New York that left at midnight. I could hardly believe it when I made it to the airport in time.

I was 'dying' to everything I knew in California to travel through the airline bardo and get reborn as a sound engineer in West Africa. Well, as it turned out I didn't die to everything I knew in California just yet. I was pleasantly surprised to see an old friend, Christina Wiebe, at the departure gate. She was on the same flight, going to New York to help celebrate her sister's birthday. We caught up for a bit before boarding then continued on the plane when, by coincidence, she had the seat immediately behind mine. Christina behind me reminded me of an exercise Robert Anton Wilson gives in Masks of the Illuminatti that's basically a shorthand form of the Golden Dawn's Rosy Cross instruction.

Arrived at the JFK International Terminal in New York at about 7am. Prepared for the long layover, my flight to Casablanca boarded around 3, by heading upstairs to the Food Court and getting a Tazo Awake tea, strong black tea, at Starbucks. I decided to make an audio retreat from the early morning, business suit wearing, rush hour crowd and put Shine A Light by the Rolling Stones through my headphones. A genius mix, very dynamically innovative, by Bob Clearmountain on that album, I might add.

There is something about sitting in the International Terminal at JFK, high on tea, after an all night flight that literally makes you feel like you're on top of the world when listening to inspiring music. It's not the first time I noticed this at JFK in a New York dawn. 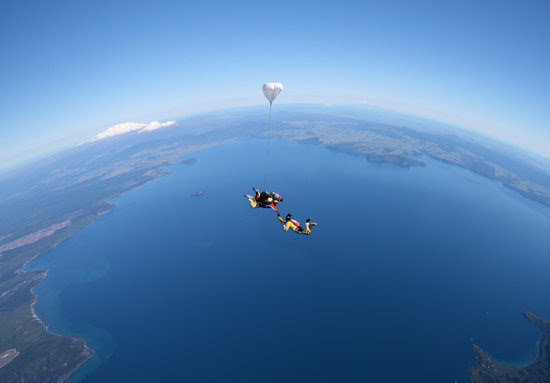 In case you happen to find yourself in the same situation, 2 songs from Shine A Light thematically relevant and useful for inducing an ecstatic mood when drinking tea or coffee at an airport are: Loving Cup, the duet with Jack White, and You Got the Silver sung by Keith. This was the high point of the trip enroute to Africa, although 36,000 feet above the Atlantic Ocean felt pretty high too!