One of the most profound musical geniuses to ever grace this planet, Ornette Coleman shed his mortal coil yesterday, June 11, 2015 at the age of 85 and moved on to destinations and becomings unknown.  Ornette was a huge inspiration for me long before we met and it only increased after that; not less than two weeks ago I cited his comment that he wanted to make music like Bucky Fuller's Synergetics as highly influential for me. 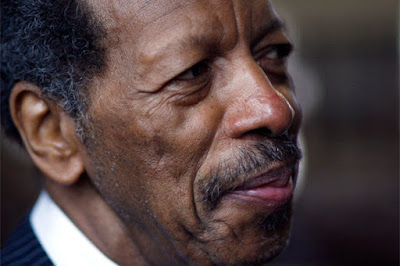 Ornette once told me that he made his music to conquer death.  That's pretty much a direct quote as I remember it.  I'd have to look back into journals or dive deep into memory cells to remember how the conversation got to that point; it wasn't non-sequitur nor did it take long for him to construct a context for the comment so that it sounded completely natural in that space; not dramatic, just factual.  This took place the first time we met.  Bill Laswell had been invited to Ornette's loft in Soho to see the artwork and meet an artist Coleman was helping out and Bill took me along.  That Ornette would talk about music and death to me the first time we met shows an extraordinary level of esp or intuition.  Music and research into death, not always together - those two subjects have been a primary focus of my attention for years.  He seemed to be able to instantly zero in on that.  I was transparent to him in that regard.  It shows to me that he was a master, an informal teacher of the mysteries who taught just by doing what he did.

Mr. Coleman’s music had such force that even Coltrane said in 1961 that the 12 minutes he had spent on stage with Coleman amounted to “the most intense moment of my life.”

Did it work?  Did Ornette conquer death with his music? This question can likely never get answered with 100% certainty, however we now have a unique time for anyone interested to intuitively answer the question for themselves with some measure of probability.  Experienced labyrinth readers, people trained to make contact and deliver instructions to voyagers who have left their planetary bodies know from experience that contact with the being of the departed can be strongest the closer it occurs to physical death.  Contact can get made in a variety of ways, it doesn't have to be formal.  Play some of his music, light a candle, say a prayer, there's a million ways to make contact.  Contact can go in two directions; indications of how he is doing may get discerned.  People who were especially close to him will likely experience intense being contact with him for the next few months or more. 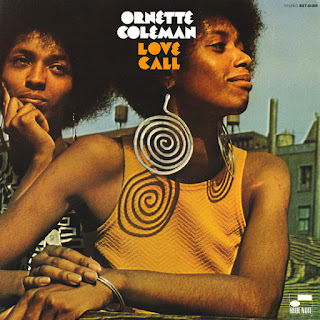 Death, from one perspective, can seem like a free fall; the image of Alice falling down the rabbit hole.  Whatever presence, will, and attention the Being can muster up might act like a parachute or maybe like a jet pack that can steer and guide the voyager's trajectory by the force of intention.  You can be anybody you want next time around.  Readings, prayers, kind intentions, anything of that nature directed to the being of Ornette Coleman can help assemble the parachute/jet pack effect.  Even in the bardo if someone calls your name it will grab your attention and help you to focus.  Playing Ornette's music at this time is like calling his name.  That could be one way he used his music to conquer death. 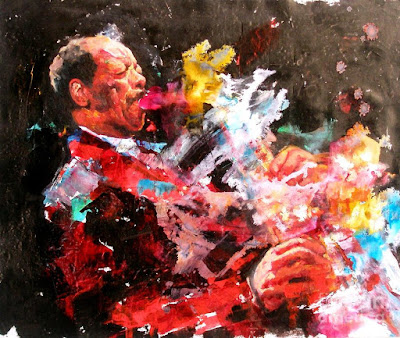 Ornette was low key whenever I saw him with a humble, but very warm demeanor, or should I say radiance because it was sensed and felt as much as observed.  Even when harshly critical to Julian Schnabel for a few moments listening to his album mixes, he did it in a kind, compassionate way, not intending to belittle Julian or destroy the music, but rather speaking from on high as a foremost philosopher of music, a provocateur of innovative change responding to the repetitive nature of folk/rock/country song structures.  I couldn't detect any arrogance or elitism either just one genius' opinion about something outside his common milieu; another classic Laswell juxtaposition.  It was during that meeting that Ornette verbally responded to comments/arguments I made against his point of view.  Except the thing was, I only made those objections internally with no idea anyone could hear my thoughts; a startling display of telepathy.

The first time I recorded Ornette playing his horn was for the same Schnabel album.  Though I had heard him play quite a bit on recordings, his saxophone tone through a vintage tube mic over the studio monitors felt so unbelievably rich and alive after hearing only a few notes; the very sound of his tone generated percepts and affects, i.e. those things that give cause to sensation and feeling; his very being, full of heart and soul came through both the tone of his horn and how he used it to navigate the melodic/rhythmic/harmonic storytelling corridors of musical content and expression.  It was like being next to the sun.

Another time Ornette was visiting Bill's Grrenpoint recording studio in Brooklyn when I asked him to explain Harmolodics.  I listened closely to his explanation and at one point I thought I understood.  I told him my conclusion and he answered, "no, no, no, that's not it at all.  Harmolodics is music intended to bring out the fundamental of the listener without modulation."  Sounds a lot like Crowley's 'Do what thou wilt' to me. 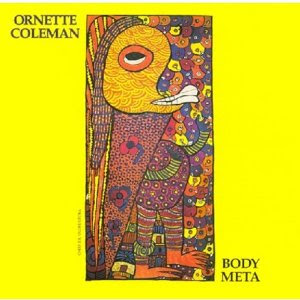