Material 2014: Bill Laswell and the Master Musicians of Jajouka

Hindus say that Brahman created the Universe out of sound, the primal sound OM.
A primal sound resplendent in multitudinous variety. Concerts can become great cathedrals of sound lifting spirits to the heights.  Music acts as a carrier wave, a direct connect contact point to the infinite eternal in its multitudinous variety, forging new tunnels into alternate dimensions, gateways into realms of choice-points where magick works most effectively ...when fully present with the sound.

"In the ears of the Buddha as he thus sat in brilliant and sparkling craft of intuition, so that light like Transcendental Milk dazzled in the invisible dimness of his closed eyelids was heard the unvarying pure hush of the sighing sea of hearing, seething, receding, as he more or less recalled the consciousness of the sound, though in itself it was always the same steady sound, only his consciousness of it varied and receded ... (Wake Up by Jack Kerouac p. xxv)

A third force arises when two other elements, forces, or currents combine resulting in a unit far more powerful than the sum of the individual parts.  This effect is known as synergy.  When done intentionally it's magick. 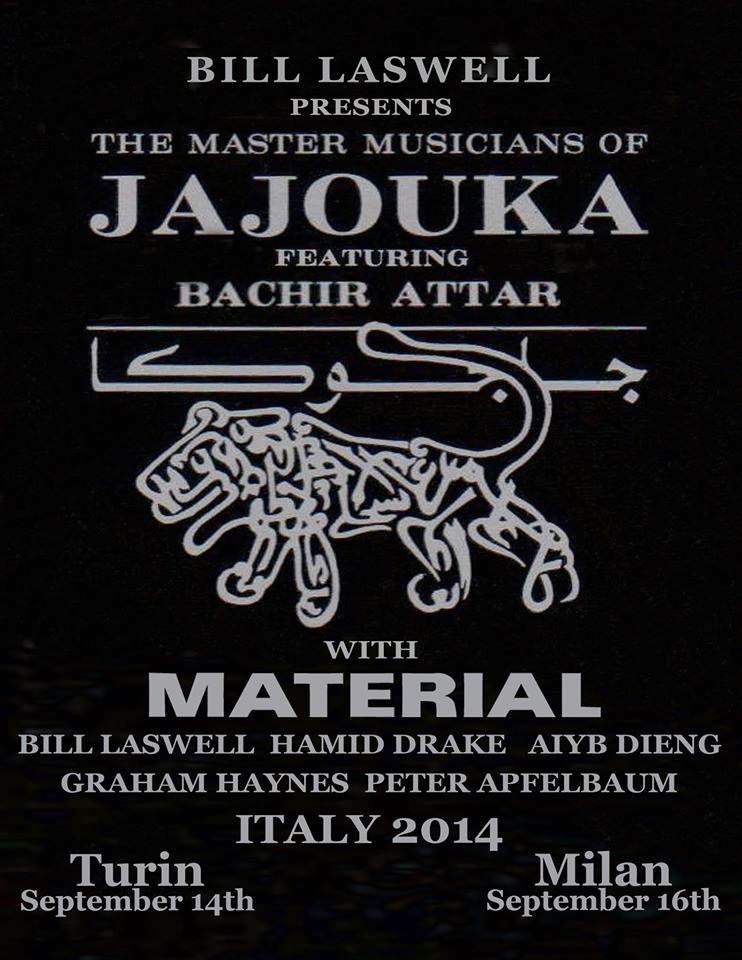 
Sound can act as a painkiller.  It can also act as a timekiller which also eases pain.
To be fully present with the music, right there with the musicians as they use a rhythmic harmonic sound vibration structure to go out of ordinary time and into space.  Waking up fully kills the chattering associative mind and accelerates consciousness.  Sound can wake you up.  The Tibetan Book of the Dead aka The Bardo Thodol  means liberation by hearing.  Liberation kills pain.

As accelerated consciousness approaches the speed of light, time slows down and can even stop as per Einstein's Relativity observations and conclusions.  This temporarily, however long it lasts, slows down and can even stop the brain's time-released aging program.  Waking up = Life Extension as per my current observations and conclusions.  Come listen to a great concert, get taken on an induction voyage out of time and into space and perhaps live longer!  The formula goes: presence with great music ⇒ waking up (death of brain chatter) ⇒ longer life.

The Master Musicians have been conjuring Boujeloud, their representation of Pan, for hundreds of years connecting it to a tradition thousands of years old.  Pan = all  therefore cognate with OM  sometimes known as OM the timekiller.  OM the painkiller.

The Master Musicians connect directly with Sufism.  From their website:

It is generally accepted that Jajouka owes the origins of its magical healing music and continued existence to the learned saint Sidi Ahmed Sheikh, who came from Persia around 800 A.D., to spread Islam to northern Morocco. His tomb is both the spiritual and geographic center of the village of Jajouka. ...

(Sidi Ahmed Sheikh) was invited to Jajouka by the Attar family. He was a great lover of music and formed a close bond with the people of the village and never left. In exchange for teaching him their special music, Sidi Ahmed Sheikh taught the musicians his metaphysical techniques of spiritual healing and blessed them with his baraka, which is now transferred to people through the Masters’ music.

Combine that with Material, expand and transfer it to the world and beyond. An ancient musical tradition alchemically blending with musicians creating future traditions who meet in the present.  "Bill Laswell presents..." as the poster with the Moroccan lion says.  Creating a music that's never been heard before, a once in a lifetime.experience.  Unique, like the Grateful Dead playing at the Pyramids in Egypt, though I don't know how that went?

"... the sound neither outside nor within the ear but everywhere the pure sea of hearing, the Transcendental Sound of Nirvana heard by children in cribs and on the moon and in the heart of howling storms, and in which the young Buddha now heard a teaching going on, a ceaseless instruction wise and clear from all the Buddhas of Old that had come before him and all the Buddhas a-Coming. Beneath the distant cricket howl additional noises like the involuntary peep of sleeping dream birds, or scutters of little fieldmice or a vast breeze in the trees disturbed this peace of this Hearing, but the noises were merely accidental, the Hearing received all noises and accidents in its sea but remained as ever undisturbed, truly unpenetrated and neither replenished nor diminished as self-pure as empty space.  Under blazing stars the King of the Law, enveloped in the divine tranquility of this Transcendental Sound of the Diamond Ecstasy, rested moveless. (Wake Up by Jack Kerouac p. xxv-xxvi)

The Attar lineage, now present in Bachir Attar, the leader of the band, shares its name with another Sufi mystic, Farid al-Din Attar who wrote The Conference of the Birds. No direct connection appears known between the two Attar branches yet this profoundly wise Sufi classic nicely complements the Masters' music and vice versa.  The invocation of Pan and the search for the Simorgh in the book have similarities.  Material also has a healthy Sufi influence.  In the case of a concert, the Simorgh, when experienced = the collective unity of the band and audience. 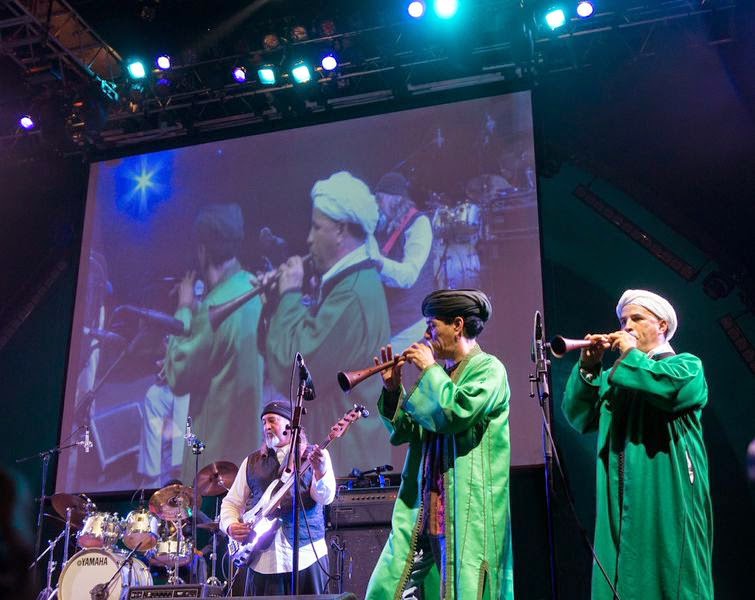 This excellent photo gives a sense of the multidimensional nature of the music.

Join Bill Laswell, Material, The Master Musicians of Jajouka, myself, and possibly a harmonically induced Angelic choir in Italy for the next major event in the annals of music.