A Little Love, the soulful new release from Erin and the Project has hit the airwaves for anyone to tune in and listen.  Jazz inflected, funky expressions from the diary of life, lived and loved, the pain and the joy made known by passionately sung poetry in motion and upheaval. Blues and rhythms containing crucial statements about the depth of human experience in different situations. 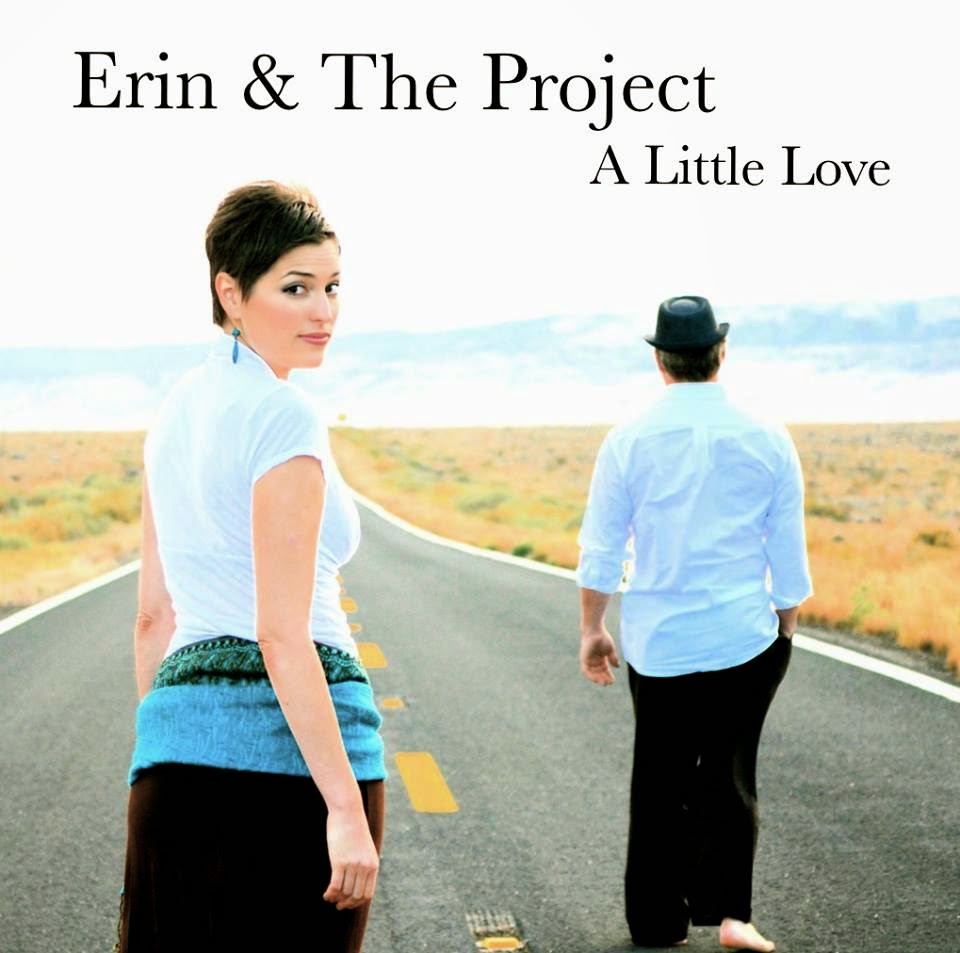 Seems obvious from their album cover that Erin & The Project are here to go.

This group has some serious funk credentials.  Matt Heulitt is currently a member of Zigaboo Modaliste's band and has played with Taj Mahal, Sting, Santana, and Mickey Hart among others.  McFadden recently toured with Eric Burdon and the Animals.  He was in George Clinton's Parliament/Funkadelic for 3 years and has also recorded with Fishbone, Reverend Horton Heat, and Joe Strummer to list just a few.  Jason Langley has toured with Elvin Bishop, Shemekia Copeland and played with B.B. King and Coco Montoya.  He also toured with the Broadway National Tour of the musical DREAMGIRLS.

The first single, Promises, was mixed by Tchad Blake who not so long ago won an engineering Grammy for his work with the Black Keys.  A Little Love was recorded at Prairie Sun, Cotati, CA by yours truly.  I mixed the other songs and mastered it at Ancient Wave in Nevada City, CA.

You can download or preview (prehear?) the songs HERE

Our latest album, Keme Borama is now available for purchase online. Buy it digitally at Itunes or the physical copy here.

The album highlights one of the golden voices of Griot singing from Mali - Tiécoro Sissoko.  Tiécoro is an exceptional solo artist and an intricate guitar player with a true Djeli soulful voice. He performed every week with the multi GRAMMY award winning kora player Toumani Diabaté at the famous Bamako club ‘The Diplomat’. Throughout his career, Tiécoro toured West Africa and France and played weddings, ceremonies and concerts in Bamako up until the last days of his life.

This album is Tiécoro’s only recording to be published and it’s a testament of his role as a Griot and a protector of his lineage. Despite the attempt to ban music, Griots and other Malian musicians continue to produce some of the world’s greatest music and Tiécoro’s final recording is a shinning example of storytelling through music. 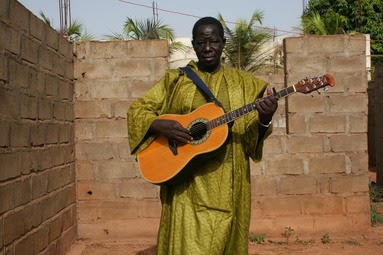 "to take the hair off
the sides of the head

&leave just a strip
along the top,
scalping pretense
for the baldness of statement

building a new music
on the bones of the old"

- from the title track Mohawk

This is jazz poetry, poetry about jazz as jazz returning to the be-bop beauty of the beats; the lifestyle,the transcendence delivered with swing jazz syncopated rhythms in the flavor of "Bird and Monk and Dizzy" who appear the guardian spirits  of this document.  Words and vocals by John Sinclair, ex-manager of the MC5, famous '60's political prisoner, and leader of the White Panthers.  Music by Steve Fly, dj, musician, literary collage artist, futurist philosopher, etc.
You can listen to Mohawk here.

Make sure to listen to the hidden track at the end of California Moon to hear a classic historical recording.

Dreams Get You Nowhere or Dreams Get You No Where, either or both, is the new release by Jack and the Bear the recording of which I wrote about here.  I'm very happy with the way this one turned out, with the way it sounds.  The music and songs hold up as classic American roots based compositions, passionately sung and performed; food for thought and for unthought; rousing melodies, anthemic at times, sparking some kind of revolution, what can I say ... listen to it here.  There's a good, more articulate review here  Discordians may wish to take note that the 3rd song is called and sings about Eris, the Goddess of Chaos and Discord. 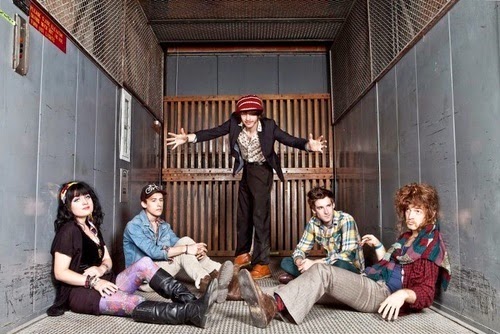 Quick, Efficient & Deadly is a new 6 song EP from The DeCamp Sisters produced by Adam Schreiber of Jack and the Bear.  The music sounds folky, rootsy, a little jazz swing lope in one, a sailor's sea chanty in another, timeless like it was written 100 years ago.  Some of it reminds me of old Carter Family recordings.  Atmospheric with rich poetic imagery that dips deep into the collective memory.  Makes me remember vague hints and traces of moods and moments from long ago - the presence of the past - useful from a bardo training perspective this music being truly quick, efficient and deadly.

The Decamp Sisters are Libby and Riley.  You can get a physical copy of the EP  here.  Or a metaphysical download here. 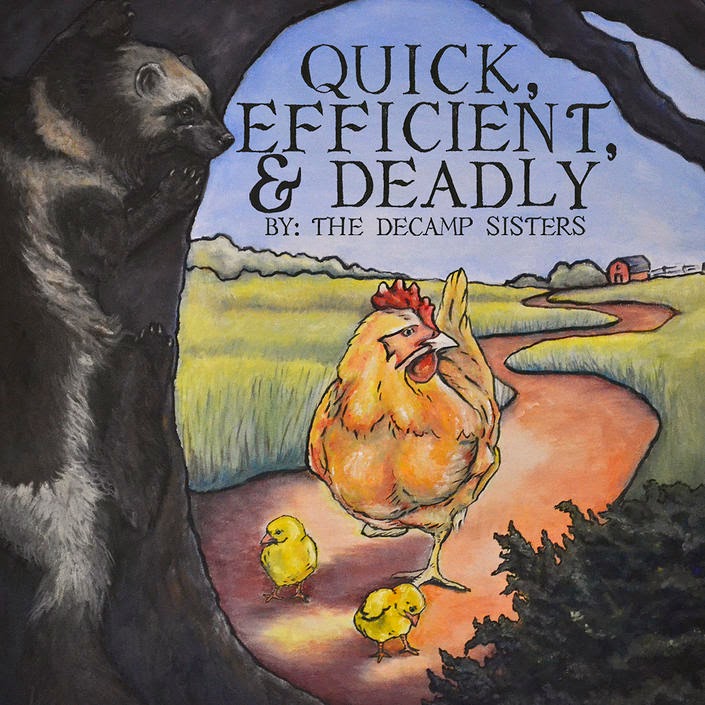 Some other new releases I highly recommend:

Muscle Shoals - an excellent documentary about the Muscle Shoals sound - the recording studios and musicians and all the hit records recorded there.  Great interviews with Keith Richards, Mick Jagger, Jimmy Cliff, Aretha Franklin and others about recording there.  They suggest that the birth of Southern Rock happened at Muscle Shoals when Duane Allman suggested to Wilson Pickett and producer Rick Hall that they do a cover of Hey Jude.  At first they thought he was crazy but it turned into a rocking southern soul standard with the combination of Allman and Pickett doing their respective things backed up by the Swampers - the original Muscle Shoals band.  All the non-music segments look high aesthetic, artistic, sometimes psychedelic feeling visually capturing the musical spirit found in nature.  The documentary ends with a reunion of the remaining Swampers and Rick Hall who had split up years ago.  Hall produces and the Swampers play behind Alicia Keys singing Bob Dylan's song Pressing On.  Dylan had cut the original version at Muscle Shoals, and the Director had a strong experience listening to it in a plane so he chose to close the documentary with it.

"Call Me Burroughs," Barry Miles' warts and then some biography of probably the most influential writer and literary theorist of the late 20th/early 21st Centuries, William S. Burroughs.  A study of a genius, in my opinion, a complicated, sometimes tormented genius.  We get in this book a transparent look at how he lived, worked, played and experimented.  Thoughts, opinions, philosophies.  His extensive experimentation with sound recording, audio cut ups and collages and any intended effects on the environment they might produce gets a good examination.  Lots of great material.

Reading how Burroughs interviewed Jimmy Page for Crawdaddy Magazine got me to find it online.  Some of the most articulate writing on magick and music your correspondent has seen.  For example:

“The Led Zeppelin show depends heavily on volume, repetition and drums. It bears some resemblance to the trance music found in Morocco, which is magical in origin and purpose–that is, concerned with the evocation and control of spiritual forces. In Morocco, musicians are also magicians. Gnaoua music is used to drive out evil spirits. The music of Joujouka evokes the God Pan, Pan God of Panic, representing the real magical forces that sweep away the spurious. It is to be remembered that the origin of all the arts–music, painting and writing–is magical and evocative; and that magic is always used to obtain some definite result. In the Led Zeppelin concert, the result aimed at would seem to be the creation of energy in the performers and in the audience. For such magic to succeed, it must tap the sources of magical energy, and this can be dangerous.”

You can consider the entire interview required reading - when time permits - for anyone who claims to be a sound engineering student of mine. 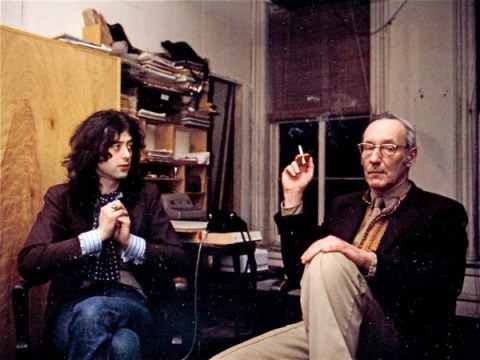