A sudden realization of knowledge, intuitive information appearing out of nowhere, getting a profound insight into something by experiencing it, these all qualify as gnosis.   The word gnosis comes from the ancient Greeks.  It means knowledge, however its use by Greek philosophers indicates knowledge arrived at by experience as opposed to theoretical knowledge.

I wonder how many people like myself have had strong insights triggered by music?  In an earlier post  I mentioned reaching a deep understanding of Taoism through an exercise that involved dancing while listening to a live Rolling Stones recording.  It was the guitar interplay between Keith Richards and Mick Taylor that triggered it.  Prior to that I'd read and utilized the I Ching to good effect.  That, and reading Crowley's musings on the subject in his autohagiography, Confessions, marked the extent of my study on the subject.  Future posts will show more examples.

Gnosis triggered by music doesn't appear to be a widely explored subject judging by a google search.  If anyone has some leads on it, feel free to enlighten us in the comments.  Also, if anyone has had strong experiences of gnosis through music I'd love to hear about them.  I'm sure lots of people have.  Someone could write a book about musical gnosis.

I did find one excellent example searching the net.  This anonymous blogger wrote of his experience with  a piece of music called Spem in Alium by Thomas Tallis.  He or she wrote:


It’s the kind of music that elevates you from your small, insignificant perspective and seems to place you at a kind of universal vantage point — perceiving a vast cosmos in a glance, understanding an infinite number of small things working together, seeing the hope and meaning and madness of it all.

The inspiration to write about this came from reading of Philip K. Dick's profound musical gnosis that actually saved his son's life. PKD was sitting with his eyes closed listening to Strawberry Fields Forever by The Beatles.  He got up and opened his eyes after hearing the lyric, Living is easy with eyes closed. Then he writes:


I look toward the window. Light blinds me; my head suddenly aches. My eyes close and I see that strange strawberry ice cream pink. At the same instant knowledge is transferred to me. I go into the bedroom where Tessa is changing Chrissy and I recite what has been conveyed to me: that he has an undetected birth defect must be taken to a doctor at once and scheduled for surgery.

It turned out to be real.  His vision included anatomical details.  The surgery was performed and the boy's life saved.

The quote comes from The Exegesis of Philip K. Dick, page 277.  This is my current "bible."  I feel it will eventually get recognized as one of the most important philosophical explorations of modern times after enough people have read and grokked it.  I plan to write a review when I've finished with it.   The Exegesis  documents PKD's search for the truth regarding several gnostic mystical visions he had in February and March of 1974.  While he presents many different theories and explanations about these events ultimately he seems agnostic about it all, quoting the Greek philosopher Xenophanes, "We can never know for sure, and even if we were right we wouldn't know it." - Exegesis, p. 285. 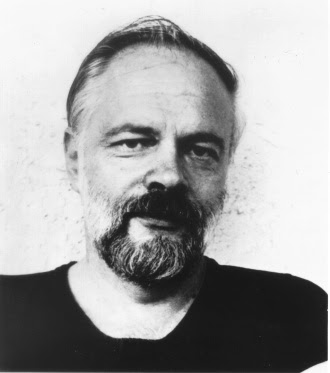 
Part of what makes The Exegisis so informative is all the philosophers, scientists and writers PKD references to back up whatever theory he's pursuing at the time.  Many of them I'm discovering for the first time but there are also some perennial favorites including Robert Anton Wilson, William S. Burroughs, James Joyce, Thomas Pynchon and several of his science fiction writing peers.

PKDs agnostic approach to his gnostic experiences seems a mirror image to a subject heading Robert Anton Wilson (RAW) introduced in his online Crowley course, the gnostic approach to agnosticism.  If gnosis means knowledge than a-gnosis means not knowledege.  Agnosticism represents a view regarding the unlikelihood of reaching absolute certainty about the bigger issues.  It often gets confused with atheism.  Atheists believe that God does not exist.  Agnostics say, 'I do not know if God does or does not exist. '  Taking a gnostic approach to agnosticism indicates a willingness to experientially seek out the truth of deeper philosophical matters, like 'Who am I' and 'Why am I here' despite never reaching a final conclusion.  A good example of this in play occurred at a RAW Q&A session when I asked Wilson what he thought about the Secret Chiefs.  In the Thelemic system, the Secret Chiefs represent the enlightened masters who supposedly guide human destiny.  They have corol[aries in other occult systems such as Theosophy. "The Secret Chiefs," RAW replied, "are a useful metaphor."