This post will conclude my series on E.J. Gold for the time being.

Some years ago I was invited to dinner with Bill Laswell, Janet Rienstra, and radical ontologist Peter Lamborn Wilson aka Hakim Bey.  As mentioned in the last post, Wilson/Bey held the prestigious post of the official philosopher for Axiom Records.  Not many record labels have an official philosopher, but then again Axiom was an extraordinary label in more ways than one.  I had seen Peter Wilson once before when he introduced Robert Anton Wilson the first time I heard RAW speak at New York's Open Center in Soho, and listened to him occasionally on W.B.A.I.  Apart from his book T.A.Z., also mentioned in the last post, I knew PLW as an authority on Sufi poetry, and  Hassan I Sabbah,  the Old Man of the Mountain, a person of multiple legends,.  Wilson's Angels served as the main reference book when E.J. Gold and his group made extensive studies and experiments with Angelology in the 1980s.

Wikepedia says of his early work:


After studying at Columbia University, he did extensive traveling in the Middle East, Afghanistan, Pakistan India and Nepal.. He studied Tantra in West Bengal and visited many Sufi shrines and masters. In 1971 he undertook research on the Ni'matullahi funded by the Marsden Foundation of New York.[2]

This research was the basis of Bey's book Kings of Love. The biography continues:

During 1974 and 1975 he was consultant in London and Tehran for the World of Islam Festival . I1974 he became director of English language publications at the Imperial Iranian Academy of Philosophy in Tehran under Seyyed Hossein Nasr, and he studied, worked with, and published books by Nasr, Toshihiko Izutsu, Henry Corbin and others. He was editor of Sophia Perennis, the Journal of the IIAP.Bey left Iran during the Islamic Revolution 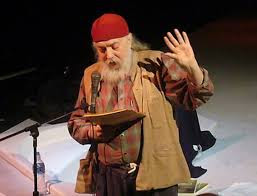 We ate at an upscale Indian Restaurant that had a royal bearing.  Not long after we were seated, Janet mentioned that she had a couple of friends interested in learning about Sufism and asked Wilson if he could recommend a good introductory book.  He hemmed and hawed, seemed quite reluctant to give a direct answer but finally suggested that the best approach was to read Sufi poetry in the original language without specifically saying what poetry to read.  I found this a little evasive, I'm sure he had his reasons, so I said that The Sufis and The Way of the Sufi by Idries Shah seemed good introductions to the subject.Wilson objected saying those books were misleading and went on a mini, soft-spoken rant against Shah and his work saying that he brought in a lot of his own ideas and called it Sufism.  These were distortions, he felt.  I mentioned that Shah had recently died and he stopped saying that he didn't want to speak ill of the dead.  I then asked Wilson what he thought about Gurdjieff's presentation of Sufi ideas?  He felt the same way, Gurdjieff added a lot of his own stuff, you couldn't call it authentic Sufism.  Then I asked him about Reshad Feild and Murat Yagan two writers I considered knowledgeable about Sufism. Wilson wasn't familiar with either of them.

Being young, arrogant, and getting mildly frustrated with Peter Wilson's criticism and inscrutability - there was no Wikipedia at that time, I didn't fully know his creds - I said, "well I know someone in California who started a Fake Sufi school."  Laswell knew immediately where I was going with this and gave me an encouraging look which basically communicated, 'tell him about E.J.'
Wilson replied, "who is that?"
"E.J. Gold," I said.
His face lit up, "ah, there's someone who has the real goods.  Is he still giving it out?"
"Yes," I answered, "if you listen closely and pay attention.  He doesn't make it easy."

His affirmation of E.J.s Sufism surprised me as Gold seems to add all kinds of things that wouldn't be thought of as Sufism.  He also doesn't call what he presents Sufism, maybe that's one reason why Wilson considers it genuine?  However, one of his classic books is the, The Joy of Sacrifice - Secrets of the Sufi Way.
Another is Autobiography of a Sufi.

Peter Lamborn Wilson and I got along pretty good for the rest of the dinner.  He gave me a bunch a cool bookmarks from a publishing venture he was part of, Semiotexte, that featured different outlaw literary figures on each one.  "We will no doubt see each other again," he said as we parted but that hasn't happened yet.