Three films that all include a common theme very pertinent, in my opinion, to the pain and difficult times we are collectively going through.

Generally speaking, this theme could be said to illustrate what brings down, or defeats an Invocation. These films each present the theme in completely different ways. Each film also reveals much more under the microscope of qabalistic analysis, and at least two of them work well, with repeated viewings, as exercises in that elucidating art.

This theme also turns up and develops out as one of the subtexts in Aleister Crowley's 91 chaptered Book of Lies, a crucial title for understanding the esoteric work he presented.

The first film is Animal Crackers by The Marx Brothers. Marx Brothers' films come highly recommended for several reasons. The humour they give provides nourishment to the soul. It can even heal the body as the famous story with Norman Cousins shows. He was diagnosed with a life threatening disease:

Cousins read of the theory that negative emotions be harmful to the body, and so hypothesized that if the negative emotions were detrimental to your health, then the positive emotions should improve health. Cousins, still battling his ailment, was being treated with high doses of painkillers, which he realized were being harmful to his body. This realization motivated him to prescribe himself a medication of a different sort. He hired a nurse who would read him humorous stories, and play for him Marx Brothers movies. This proved to be effective, as in very little time, Cousins was off of all painkillers and sleeping pills. He found that the laughter relieved pain and would help him sleep. Since Norman Cousins declared that he "laughed himself out of" a deadly disease, scientists have theorized that laughter has the ability to strengthen the human immune system.

Another important function of Marx Brothers comedy is what's known as "breaking set" which means breaking down or breaking through our conscious and unconscious beliefs and habits.
In their excellent Preface to Israel Regardie's, The Eye in the Triangle, Christopher Hyatt and Daron Peter von Gundlach write:

"Breaking Set" is the spirit of Crowley. Psychological Set Theory defines set as the predetermined way we have of looking at the World. Set, funny enough, is the "evil" god of Egypt, who killed his brother Horus. Horus, the new aeon symbol, is opposed by the rigidities of the past (Set). Set is restriction and for Crowley's "morality" restriction is "evil," whether it be the restrictions and rigidities of our own conditioning and prejudices, or those of an entire culture and civilization."

"Breaking Set" is another form of the death/rebirth archetype/formula. To break set is to temporarily "die" to your preconceptions. Experience shows that a new, and hopefully expanded (be it ever so subtle sometimes) set forms fairly quickly. That's the rebirth part.

Crowley covers the same ground in the Book of Lies chapter 1 in clear but also cryptic fashion:

THE SABBATH OF THE GOAT

Kill thyself = breaking set - one possible meaning of several, perhaps. By Gematria, the 5th line indicates a method I've discussed much already so I shan't belabor the point.

"initiates of art" qabalistically relates to Crowley's formula of N.O.X.

Naturally, it always involves a little trip through the bardos.

In Animal Crackers, the stolen painting, represents the Invocation that gets defeated.
Harpo does finally return it in the end but then proceeds to knock everyone out with sleeping gas . I should note that in all these films there is a whole lot more to them than the points I'm making.

Beetlejuice also communicates on many levels. It one scene it satirizes caricatured notions about death. In it the Maitlands, who are dead and haunting their house, are trying to scare off the Deetzes to get them to move out by putting sheets over themselves and moaning. Their daughter, Lydia discovers them playing ghosts and wants to know what's under the sheets,
"What do you look like under there?" she says trying to peer through the eye-holes.
"Are you gross under there? Are you Night of the Living Dead under there? Bloody veins and pus?"

Another level of the film can be seen as an allegory of how awakening consciousness ( the Maitlands in the bardo) "haunts" the body it lives in ( their house in the film) and how higher consciousness has to learn to get along with ordinary consciousness ( the Deetzes and friends except for Lydia) and vice versa.

The last film seems particularly relevant in this day and age with so many wars breaking out, wars continuing and threats of war elsewhere. Kubrik's film Dr. Strangelove or: How I Stopped Worrying and Learned to Love the Bomb remains one of the best satires on war ever, in my opinion., desoite its setting in a different era. The Invocation brought down in this film could be called "All Life on Planet Earth as we currently know it."

The video clip below graphically shows, in a Freudian way, this theme I've been getting at:

Thanks to the Overweening Generalist for pointing this vid out.

The same theme appears quite obviously evident in one of the final scenes:

Aircraft commander Major T. J. "King" Kong goes to the bomb bay to open the damaged doors manually, straddling a nuclear bomb as he repairs arcing wires overhead. When he effects his electrical patches, the bomb bay doors suddenly open, the bomb releases and Kong rides it to detonation like a rodeo cowboy, whooping and waving his cowboy hat. The H-bomb explodes and the Doomsday Device's detonation is inevitable.

Maybe Kubrik's next film, 2001: A Space Odyssey was a response to the nihilism of Strangelove? 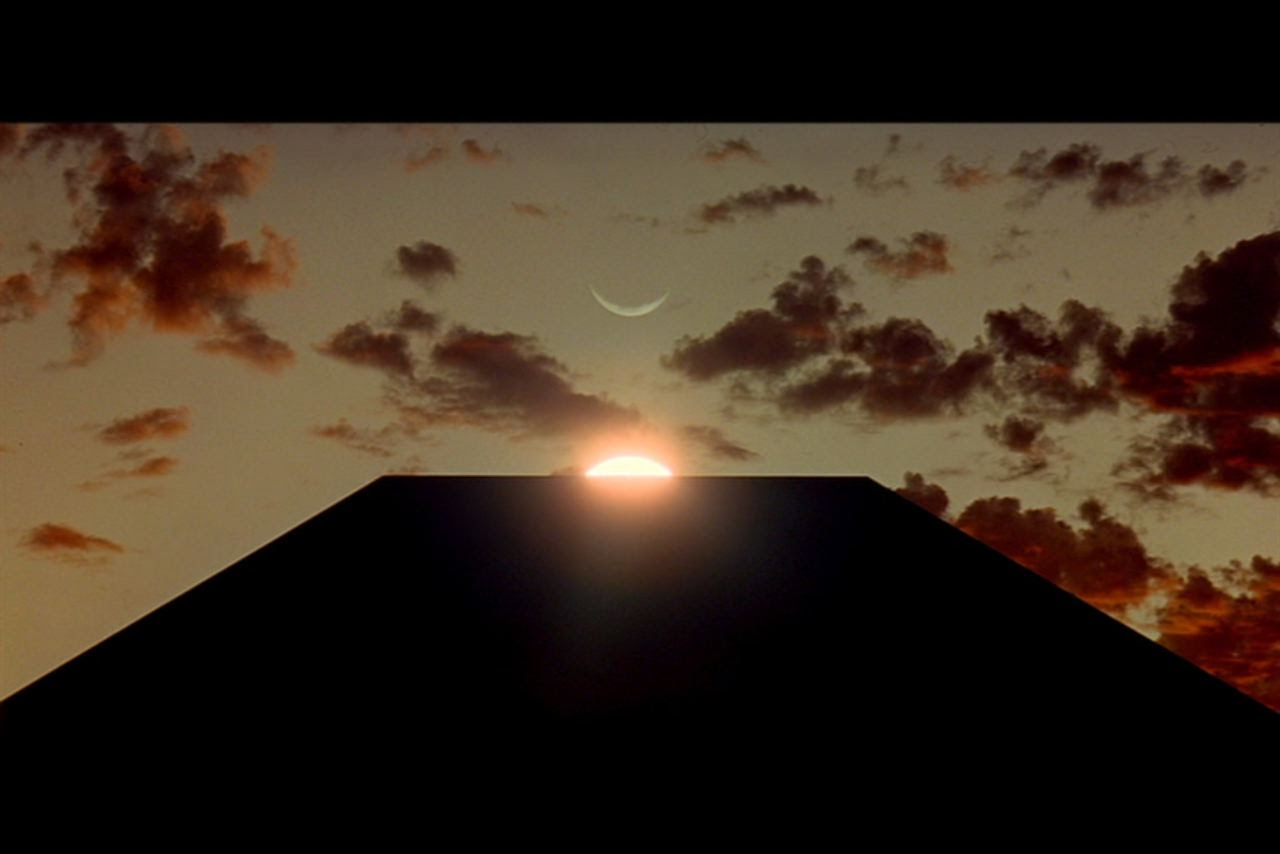