Ladder to the Sky

Sometimes the random juxtaposition of sound and image can inform and enlighten. Driving home yesterday morning after mixing a show the night before for Rupa & the April Fishes at the Warfield Theater in San Francisco, I saw a Fire Engine truck in a field by the road with its ladder extended straight up to the sky. I didn't see anyone around it - there weren't any buildings nearby or any other obvious reason for the ladder to be all the way up. The radio was playing the medley from the second side of The Beatles Abbey Road and as I passed the Fire Engine their 4 part harmonies sang,
"Because the wind is high ...." in a a long, drawn out phrase. A song singing the wind is high at a space/time conjunction with a ladder reaching high. Well, this is California after all!

Recently finished recording overdubs for Cherisha Heart, mostly vocals, some guitars, and percussion, for her forthcoming album produced by her brother Chris. Heart's songs are sincere and direct, candidly reflecting her personal experience. I would put them in the genre of Adult Orientated Rock except that these songs have a quality of freshness and aliveness that most AOR lacks. Her vocals range from sultry and soulful to powerfully soaring. All the music tracks - drums, bass, guitars and keys, were played by Chris who also adds backing vocals. Stylistically, it goes from sensitive and delicate ballads all the way to some songs with a hard rock feel along the lines of Zeppelin or Sabbath. It was a real pleasure to work with both of them.
. . . . . . . . . . . . . . . . . . . . . . . . . . . . .

E. J. Gold's latest efforts include crafting up and selling stage magic tricks and illusions. The website he set-up for this is:

He has some interesting blog postings on using Magic as a Way of Service etc. 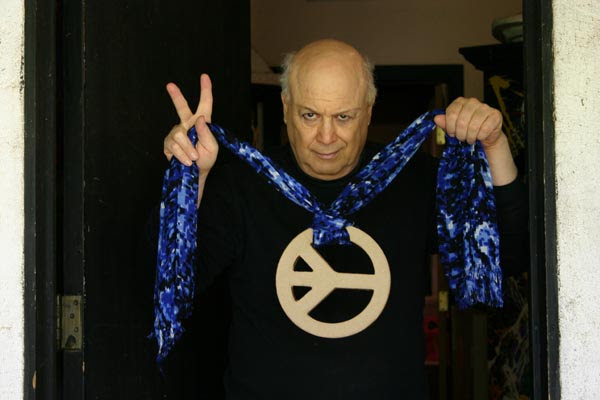 When I hear of Magickman, it reminds of the song by the Seattle rock band Heart called Magic Man. I never liked the song or the band but it was forever branded in my brain when lead singer, the devastatingly intelligent and beautiful Rhonda Trodd, dedicated the song to me for engineering efforts during my second week ever of mixing sound. It was with the first band I ever worked for, White Alice. I really didn't know what I was doing with the sound, just learning through experimentation, not even knowing if I was part of the problem or part of the solution to getting a decent sound in a working class bar with horrible acoustics.

Somehow that song dedication was enough of a confidence builder to get me to consider the possibility of making sound engineering a career path. This was still a few years before I encountered the discipline of Magick so maybe it was a bit of a prognostication as well?
Posted by Oz Fritz at 1:40 PM