One necessary skill both in bardo voyaging and the recording studio is the ability to make fast decisions, to take the optimum path when suddenly and unexpectedly at a choice point. Timing can be crucial.

I'd just finished a session with ex-Jimi Hendrix drummer Buddy Miles and former Funkadelic funkster Bernie Worrell on the Hammond B3 organ at Greenpoint (Bill Laswell's studio at the time), when Umar Bin Hassan of the Last Poets showed up for an evening session with the Jungle Brothers. At the time, Umar was working on his own album, Be Bop or Be Dead for the Axiom label. He mentioned to Bill, who was producing it, that he had a new poem called Love. Would he like to hear it?

Umar began reading in rhythmic cadence from barely legible scribbled notes on a yellow legal pad with as much passion and intent as if he was delivering it to a sleeping Universe - gently, deftly, shockingly, coaxing it awake.

Buddy Miles turned around and went back to the drum kit and started into a jazzy swing rhythm accompanying Umar, accenting and punctuating his phrases. Bernie got back behind the keyboard and started laying down a walking bass line and supporting pad on the organ.

I'd already starting tearing down the drum mics when I realized what was happening. Immediately I stopped, as Bill told me to put up a fresh reel of tape. Fortunately the Neumann U47 Tube mic was set-up and plugged in at the customary vocal station. I told Umar to get on the mic, start from the top, and rolled tape. Bernie worked out a short intro, and they were off.

Umar was fully there with the poem, fully in the moment and Buddy and Bernie were right there with him. Umar read the poem straight through once, only pausing between stanzas to let Bernie solo. Buddy on the drums and Bernie's accompaniment was completely unplanned, totally spontaneous. That was the performance that ended up on the record. No second takes, overdubs, or punch-ins, that was it, one pure creative moment that lives on.

And that's how Love entered the human dimension this one time.

The poem deals with all facets of love, the highs, the lows and the in-betweens. There are a lot of words to it but here are some highlites:

One night I was truly seeking. I was standing inside the rain. As love passed by it whispered, time to leave the pain. I'm here whenever you need me. I'm the beckoning call. I can be your rise to glory or the madness before the fall. I cried out LOVE ... what do you want from me, you've got to tell me now. Love just smiled and answered, must I also tell you how?

Hard laughter disguising softer fears. Love becomes entangled as deception cheers. Love that moment you can't understand, it's when love is asking for a helping hand. Intelligence is vital, love takes reason. Passion without wisdom is romantic treason. Love is the rain that greens the leaves, it's the part of death that never grieves...

And it ends with: 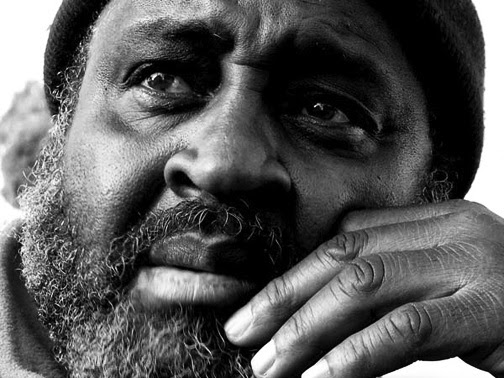